On Wednesday, September 20th, 2017, Miyata Gakuen Sport Festival was held for both Nishinihon International Education Institute and International Contribution College. Total over 1,400 students participated in it including both morning and afternoon students. There were 4 games, which are ’centipede’ race, ball-toss game, and tug of war. Each class was divided into 4 teams, red, blue, yellow, and green. Each school, each student cooperate and do their best to win the championship. Green team won in the morning and red team won in the afternoon. 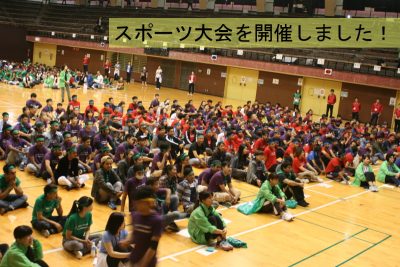 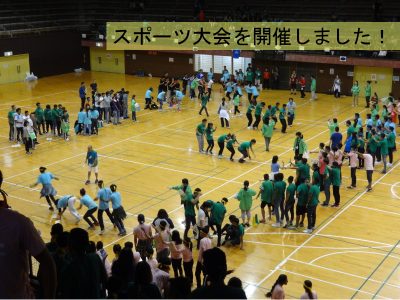 Even students were exhausted, they cheered each other, so that they could make stronger connection for class and school after this sport festival.

Also, our staffs were happy to see students doing sport. This sport festival was broadcasted in KBC news. We hope that our students will study hard like doing sport and spend meaningful time.